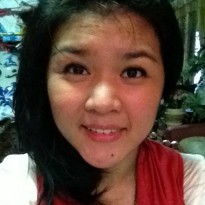 Crown of Midnight (Throne of Glass #2) by Sarah Maas 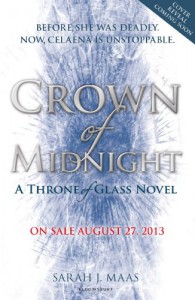 There was a time when people valued honor and loyalty—when serving a ruler wasn’t about obedience and fear. Do you think another court like that could ever rise again?

For me the book started off with a boom but then gently flow through with the plot slowly, building up the intensity here and there. The were parts at first that bored me, just a teeny tiny bit, but still kept me interested enough to hang on to the mystery about to be revealed. And those romanic moments between Celaena and Chaol are not to be missed!!! They are the best couple ever they make me blush and giggle like a lovesick teenager. Funniest scene ever which is kind of a spoiler so you may want to skip this one if you don't want to be spoiled:

He lifted himself again, peering into her eyes. “I don’t want you to think I’m agreeing to keep it secret because I’m ashamed in any way.” “Who said anything about shame?” She gestured down to her naked body, even though it was covered with the blanket. “Honestly, I’m surprised you’re not strutting about, boasting to everyone. I certainly would be if I’d tumbled me.”

Siggggh. But what is true love without its obstacles? Of course it won't be easy between the Captain of the guards and the King's Champion. Of course sacrifices and bad judgments are warranted in their situation. Everything has to be complicated because what is great love without those things, right?
And Dorian... gods don't even make me start about Dorian. The prince also has discoveries of his own which confused him as much as it will confuse us and wonder, what now? With all the things that he has discovered about himself, what will happen? Will it be for the better or the worse? Can the prince handle the truth? So many questions were raised as much as answered that made me reel with too much awe I sometimes think I can't contain it anymore. :P

It is well-known to everyone who has read the first book that Celaena Sardothien is no damsel in distress. She is one kickass heroine who has the ability to blow up your mind to bits and pieces. She is scary as hell because she can be morbid and torturous at one point and then calm, gentle and soft sometimes. She is one hell of a protagonist!!! Besides, she is the greatest assassin of Adarlan so I guess, it's no surprise that she is capable of brutality because strength and skill are prerequisites of being one. Sill, it didn't stop me from gushing over her greatness. Halfway through the book I swear you won't be able to put this down because of the mystery and action about to blindside you. What I also love about this book was how the story was built around the change in Celaena's principles. It was about her transformation from being an assassin just wanting to claim her freedom to something so much more than what we could have ever imagined. This book was so much better, it was action-packed and full of magic, which is ironic really since the King of Adarlan banned magic a long time ago. As Celaena slowly realizes her purpose, we can foresee that whatever purpose she has right now, it was just a phase she's going through. And I know it will evolve to mean something so much greater than just vengeance. Because, hey, this is more than just a trilogy and I am actually freaking glad that Sarah Maas has still a lot of revelations in store for us. This book is brewing a good story that I'm pretty sure will leave us speechless by the time we reach the climax and the end.

There were also a lot of secrets revealed that I wouldn't have guessed at the first book but did guess along while reading this one. But Crown of Midnight still never fails to amaze and shock me as it proves some of my theories correct. And boy were my theories not even amounting to half of what was still to come!! That I am in so much awe of this series right now is not a surprise. The first book was great, dare I expect anything less from this book now? I just wish all the books in the series were done so I can start reading everything and won't have to wait years to reach the end. Sarah Maas is taking her time to build the plot and I am really really excited to see more of Erilea, Celaena, Chaol, Dorian, Adarlan, Eyllwe and just about everything and everyone about this fanfuckingtasic world. This series is still one of my favorites. You can never go wrong by starting with this series, I swear it's the best out there. And I think Celaena is the heroine of ALL YA HEROINES, YA authors should think twice about their female protagonists because it would be a shame to create a whiny, bitchy and snooty little girl who won't even stand a chance to Celaena's charming and dangerous personality ;) The events in this book will break your heart, will stomp on the broken pieces and after you have suffered enough, the broken pieces will be picked up, pieced back together and will give you hope enough to think that someday they will end up with their own happy ever after. For now, we just have to be patient and bask in the greatness of the series. :)